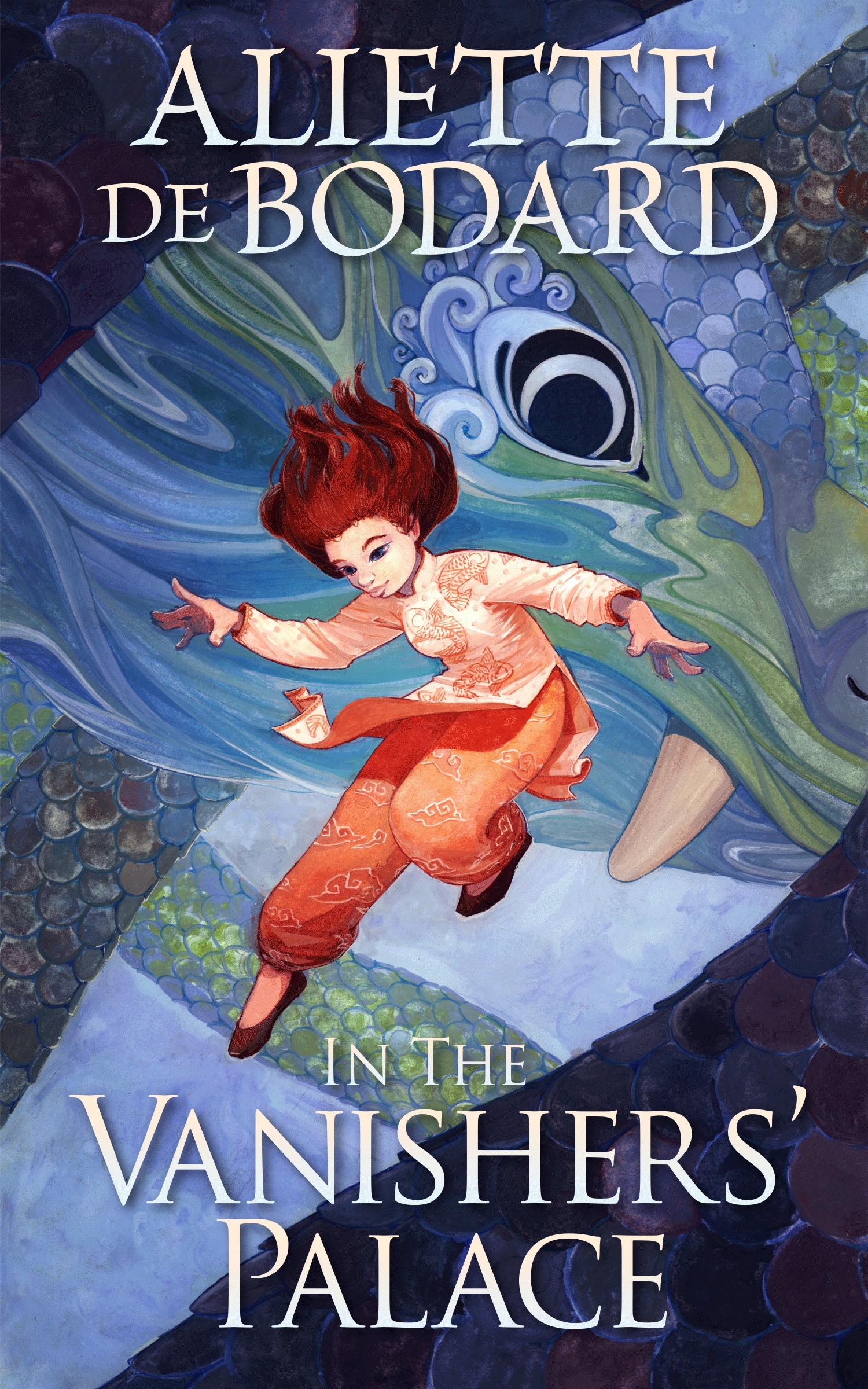 Today saw the publication of a new book from Aliette de Bodard, author of the Dominion of the Fallen series and winner of two Nebula Awards, a Locus Award, a European Science Fiction Society award, and three BSFA (British Science Fiction Association) Awards. A never before published novella, In the Vanisher’s Palace is a dark Beauty and the Beast retelling with two women and the Beast is a dragon.

The ebook is available for purchase at: Amazon | B&N | Kobo | iTunes | Google

And the paperback edition is available at Amazon.

The book has already garnered some tremendous praise from writers, artists, and critics, including:

“Gorgeously atmospheric queer fantasy (…) Like Jane Eyre if Rochester was a woman plus a dragon.”

–Zen Cho, author of The Terracotta Bride and Sorcerer to the Crown

“Another stellar offering by Bodard. Her signature intensity is on display in this tale of people (and dragons) struggling to survive in the ruins of an alien conquest. Emotionally complex relationships interweave with richly drawn and deftly nuanced world-building.”

–Kate Elliott, Author of the Court of Fives series

“A transformative experience. With dragons.”

–Fran Wilde, Hugo and Nebula nominated author of The Bone Universe and The Gemworld series

“Gorgeously written… A postcolonial postapocalyptic f/f Beauty and the Beast where the Beast is a dragon & the castle is Escherspace… amazing idtastic scenes worthy of anime.”

“This intriguing, Sapphic, Vietnamese take on “Beauty and the Beast” is recommended for fans of de Bodard’s previous works or readers who enjoy diverse, lushly described fantasy.”

In a ruined, devastated world, where the earth is poisoned and beings of nightmares roam the land…

A woman, betrayed, terrified, sold into indenture to pay her village’s debts and struggling to survive in a spirit world.

When failed scholar Yên is sold to Vu Côn, one of the last dragons walking the earth, she expects to be tortured or killed for Vu Côn’s amusement.

But Vu Côn, it turns out, has a use for Yên: she needs a scholar to tutor her two unruly children. She takes Yên back to her home, a vast, vertiginous palace-prison where every door can lead to death. Vu Côn seems stern and unbending, but as the days pass Yên comes to see her kinder and caring side. She finds herself dangerously attracted to the dragon who is her master and jailer. In the end, Yên will have to decide where her own happiness lies—and whether it will survive the revelation of Vu Côn’s dark, unspeakable secrets…