Though 2014 is barely out of its infancy, the pace of business at JABberwocky is far from crawling. Over the past few weeks the agency has been busy finalizing the details of its upcoming move from Long Island City into Manhattan, and we somehow found the time to add three new authors to our incredibly talented clientele!

Today we are excited to officially announce that JABberwocky is now representing the works of the Nebula Award-winning author Walter Jon Williams, as well as Eric Moore and Christopher Husberg: two new talents that we are proud to be introducing to the SFF publishing world. 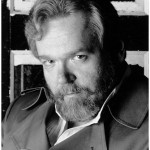 Walter Jon Williams began writing science fiction in the early 1980s and he quickly made a name for himself in the genre, writing everything from far-flung space opera to cyberpunk to alternative history and military science fiction. Walter has a decorated career writing short fiction and his novelettes “Daddy’s World” and “The Green Leopard Plague” won the Nebula Award in 2000 and 2004, respectively. His works (both long and short) are repeatedly nominated for the Hugo, the Nebula, the Sidewise, and the Philip K. Dick awards, almost to the point where we have trouble keeping up with all of them! 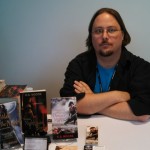 Joshua is pleased to announce that he has recently sold a book for author Eric Moore to Kensington Publishing. Called DEATH BY COFFEE, Moore’s book is the first in a new trilogy of cozy mysteries that combine humor, coffee, cats, and strong love of the written word. He previously authored the five book Kat Redding urban fantasy series, also published by Kensington.

Last, but certainly not least, is a new client being represented by Sam Morgan. Fresh off his first sale for another debut client that set an agency-record, Sam recently offered to represent Christopher Husberg after reading his debut novel (under the working title Duskfall). Husberg is a brilliant new writer that Sam met at the LoneStarCon last year and who Joshua expects will soon be giving Brandon Sanderson and Peter V. Brett a run for their money on the bestseller lists.

Be sure to stay tuned for additional updates, as 2014 is shaping up to be another great year for JABberwocky and its ever expanding roster of talented writers!