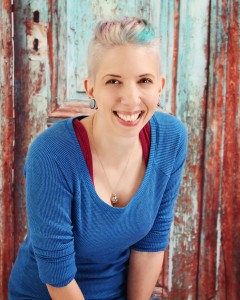 It’s with great excitement that we announce our most recent addition to the JABberwocky list, K. C. Alexander and her cyberpunk novel, NECROTECH, forthcoming from Angry Robot this September!  It’s a transhumanist masterpiece of cyberpunk and technology run amok, complete with an in-your-face female lead who doesn’t take no sh*t from nobody.

K. C., who you may know as Karina Cooper for her steampunk urban fantasy series, has made the leap into SFF. To say we’re thrilled to be working with her would be a massive understatement. Stephen Blackmore (Broken Souls) and Jason M. Hough (Zero World) expressed our own sentiments perfectly, calling NECROTECH a “tight, violent thrillride” and an “intense debut”, respectively.

SF Signal and Angry Robot have more information about NECROTECH (including a fantastic guest post from K. C.), so be sure to hop over!