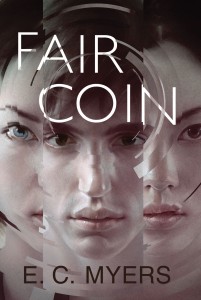 E.C. Myers‘ debut novel, FAIR COIN, has just been nominated for a British Fantasy Award! This book, which has not yet been published in the UK, has made a huge splash with British readers through word of mouth alone and is now a finalist in the “Best Newcomer” category.

The winners will be announced at the Fantasy Awards banquet at the World Fantasy convention in Brighton this November. Coming off the heels of this year’s Andre Norton Nebula Award win, this latest award nomination points to a very bright future indeed!