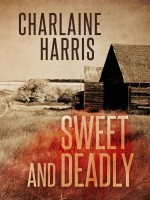 We’re excited to announce that not one, but two Charlaine Harris novels are NOOK Daily Finds today!

The first Daily Find is for SWEET AND DEADLY, her debut mystery novel. Like her other novels, SWEET AND DEADLY explores the secrets of small Southern towns. Washington Post Book World called it “A first-rate mystery with special character…as convincing as it is surprising in its final resolution,” and Savannah News Press praised its “rich regional authenticity, good dialogue, interesting characters instead of stereotypes and taut suspense.”

Newspaper report Catherine Linton ignored her investigative instincts when her parents died in a mysterious car crash six months ago–grief obscuring the warning signs that something was amiss. But when she discovers the beaten body of her father’s nurse on Linton property, Catherine quickly realizes her parents’ death was no accident… 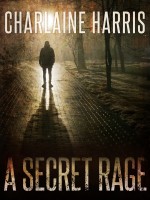 The second Daily Find is for A SECRET RAGE, Charlaine’s second mystery novel. While also set in a small Southern town, the darker tone and subject matter set it apart from her other works. Its treatment of rape and its consequences ring as true today as when it was first published. According to The Lost Angeles Times, A SECRET RAGE is “a scream of fury… [and] strips bare the latent rage concealed within the gentlest of exteriors.” Library Journal simply called it “Powerful.”

Dropped by her agent, New York City model Nickie Callahan decides to start over—moving back to the South to finish school at Houghton College in Knolls, Tennessee. But Knolls isn’t the quiet town Nickie remembers from her youth. A rapist is targeting the women of Houghton, growing bolder and more vicious with each brutal attack, leaving the community gripped by fear.

Get these books for $1.99 each before this fantastic deal expires!